The /etc/hosts file on the Mac can be hard to find. Here are some tips for finding and editing it, and what you can do with it.

Where is the /etc/hosts file in Mac OS X?

The hosts file used by Mac OS X is in /etc/. Windows users sometimes have problems finding it since there’s no %SystemRoot%\system32\drivers\etc folder in the Mac OS. UNIX users might not expect /etc/ to be hidden by the Mac OS X Finder, so they often look in /Library/Application Support/.

/etc/ is hidden by default in the Finder. The easiest way of getting to the mac hosts file is to open /Applications/Utilities/Terminal.app. Then type:
sudo nano /etc/hosts

…you will need to type in your password. Your hosts file will open in the text editor nano.

The hosts file, in addition to being hidden, is also protected by the system. Using sudo makes the editor nano run as a super-user, which makes editing the file possible.

Adding entries to the /etc/hosts file on Mac

Background: What is /etc/hosts used for?

The hosts file is a simple way of mapping IP Addresses to hostnames. It overrides mappings provided by the Domain Name System network. The hosts file is commonly used by network administrators to provide access to LAN resources when no name resolution is available. The other common usage is to block access to specified hosts by adding host entries resolving them to — for example — 127.0.0.1.

Another use for the hosts file is for easily allowing your Mac to run multiple virtual servers, mainly useful for web developers. See here for more about using /etc/hosts for Virtual Servers: Adding an entry to /etc/hosts on OS X. 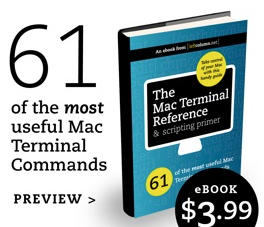